The talented French designer Patrick Jouin created an amazing group of chairs, armchairs, tables and coffee tables which are presented in our Seventeen collection. The first stage of this fruitful meeting resulted in the prestigious project for the Eden hotel in Rome, where Porada and Patrick had a chance to put together their expertise with brilliant results.
Patrick Jouin is a designer whose creativity finds expression in industrial design for the decorative arts. Patrick has worked with top manufacturers on exceptional projects. He has found a place in the landscape of international design where only a few know how to evolve with both the ease and strength that he does. Patrick Jouin's career and his design agency, Patrick Jouin ID, were highly praised by a monographic exhibition at the Centre Pompidou in 2009. They were also honoured with the Compasso d'Oro in 2011. Many of his creations are in the permanent collections of museums worldwide, including the "Solid" collection at MOMA. Patrick Jouin is also involved in interior design projects with his partner Sanjit Manku, within the agency Jouin Manku founded in 2006.

Ella and Louis chair and armchair
Their elegant, simple lines and great comfort take their inspiration from American and Japanese traditions of solid wood furniture. Great attention is paid to details such as the form of the armrest. 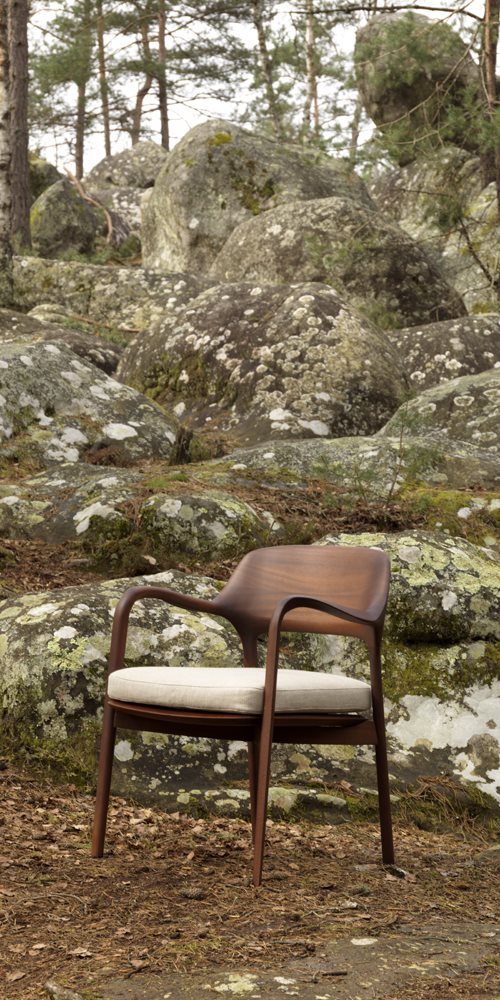